You may have heard or seen many myths and concerns about root canals. They have possibly caused you to rethink ever having a root canal treatment. However, these myths can be harmful, and delaying treatment can lead to more problems. When you need a root canal, and you don't have one, your infection will worsen. Here are some common myths about root canals that you should not heed.

Myth #1: Root Canals Are Too Painful

Modern medicines and procedures have improved root canal pain issues and complications. Root canal procedures aren't too different from having a deep filling. You will receive local anesthesia that should numb the pain. Any pain or discomfort you feel will be substantially less than if you don't treat the infection.

A lot of misinformation has gone around on the internet that root canals cause various health problems. For example, some people blame heart problems on the disturbance of the tooth bacteria. Others claim root canals cause cancer. Long-term evidence shows that root canals don't have harmful health effects. As for tooth bacteria, the dentist will remove as much infected tissue as possible. Therefore, the risk of re-infection and complications are minimized.

Root canals do clean out the infected pulp and dead tooth nerve. However, your tooth is still very much alive. The area around the tooth is what nourishes and protects it. You will not feel pain when you eat hot and cold beverages as you did before. However, your teeth will still be sensitive to pressure. You may also still experience gum inflammation issues.

Some people think that removing a tooth is healthier than having a root canal. However, when a tooth is removed, it negatively affects the jaw bone. Root canal treatment saves the tooth and usually lasts a lifetime. Most dentists prefer to save a tooth over an extraction. The only exception is when a wisdom tooth needs a root canal. Many dentists prefer extraction for those instead. Removing a wisdom tooth usually has minimal effects on jaw health.

If your dentist says you need a root canal, don't delay in getting the procedure. Most teeth that have reached this point won't get better on their own. If you don't treat the problem, you risk serious pain and possible infection. The pain and problems with not getting a root canal will last much longer than if you have the procedure done. For more information about root canals, talk to services like John B Webster DDS. 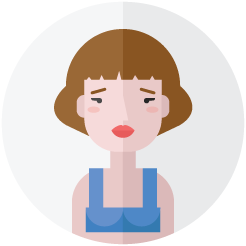 When I was young, brushing my teeth wasn’t my favorite pastime. Fortunately, I had parents who weren’t going to take no for an answer. On a few occasions, I remember my father holding me down in front of our bathroom mirror while brushing my teeth. Luckily, his persistence paid off. I’m now a middle aged person who brushes my teeth two or three times each day. I also floss my pearly whites every night. Twice each year, I head to my dentist’s office to have my teeth cleaned and examined. Like me, many other adults care properly for their teeth today because they were taught to do so at an early age. On this blog, you will learn how to teach your kids the importance of a sound dental hygiene regimen that might one day save them from cavities, yellowing teeth, and root canals.